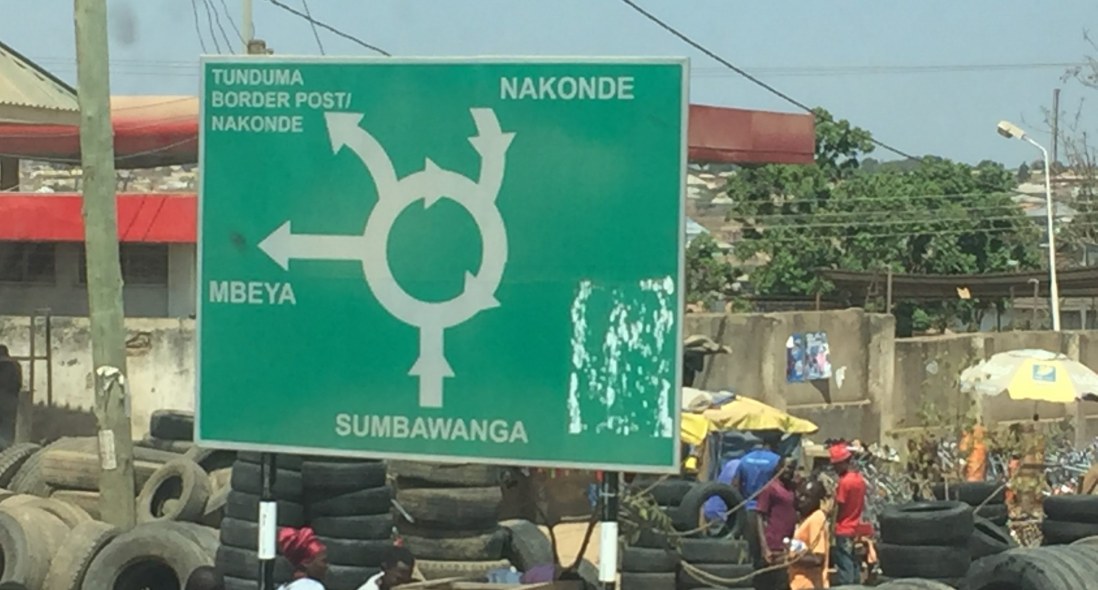 Tunduma is a border town between Tanzania and Zambia. It lies in Tanzania, in the Mbeya Region. It has border posts for both the Tanzam Highway and the TAZARA railway (for which it has a station) linking the two countries. It is located on the Tazara Corridor (also called the Dar es Salaam Corridor) which is a strategic artery linking southern Africa with east and central Africa. There is increasing traffic on this route from two directions: from South Africa, Zimbabwe and Zambia in the south, and from the Nacala Corridor in Malawi and Mozambique. The traffic is largely sugar, cement, fuel and machinery.

WHAT TO EXPECT IN TUNDUMA

Transport Tunduma town is not a problem! You can easily travel from one place to another with ease and within a very short time using small passenger busses known as Daladala. It will cost you approximately 400 Tshs per trip. A Daladala is the most common mode of transportation used in the town, as well as the safest. Emails us for tranport need in Tunduma.

The Tanzanian educational system operates on the 7-4-2-3 system: 7 years of primary school, followed by 4 years of secondary school (Ordinary Level) leading to 2 years of Advanced Level. After the 13th year of secondary school students may take the Advanced Certificate exam and attend college for 3 to 4 years. Email us for Qeuestions or Help.

There are a few healthcare facilities available in Tunduma which each provide a various range of medical services. Currently, the paramedic services are limited in the city only. In case an emergency, please call 112. Ambulances generally perform patient transfers to the city’s hospitals. Feel free to email us and ask for any help in Tunduma

WHERE TO EAT IN TUNDUMA

The following are some of the specific areas you may visit to meet your hospitality and shopping needs.At the following locations, may enjoy some typical mainland Tanzanian local foods including Wali (White rice), Pilau or Biryani (Spiced rice), Ugali (Cornmeal), Chapati (Flatbread), Nyama Choma or Mshikaki (Roasted meats), roasted fish, or Plantain with meat (Ndizi-Nyama).

#1. Connect with fellow expats in Tunduma #2. Join exciting events and groups #3. Get information in our Tunduma guides #4. Exchange tips about expat life in Tunduma. Get information about Tunduma from your fellow expat, you dont have to start from scratch, get help, directions, and advice, Fell free to join and be a part of Tunduma Expat Community ...

There are many nice and cheap B&B inns and hotels in Tunduma town. Apart from this, I can say that Tunduma has it all when it comes to accommodation, from cheap, Budget, Mid-range, and Luxury, there is every accommodation for everyone! You also have an opportunity to book for a private furnished apartments for as low as $20/night.

Often overlooked by many safari operators in favour of the northern parks, the southern parks of Nyerere National Park (formerly the Selous Game Reserve) and Ruaha National Park are worth serious consideration and are the preferred destination for most who are really keen on their safari.

The benefits of heading to the south is that, where the very north of the Serengeti gives the numbers of game, along with some seclusion, the southern parks are still very much “frontier” parks and so are noticeably less busy (they also feature the same spread of species as the north, but more like a thousand, rather than 2 million).

The second important point is that, where the average lodge cost in the north is around $700 per person per night, the lodges in the south, where they offer a similar experience, are around $2-300 less.

The south and west of Tanzania are often overshadowed by the more famous and iconic Serengeti and Ngorongoro Crater in the north.  Some agents feel that the south and west are better suited to the seasoned safari-goer and don’t recommend them for a first timer  –  however we would disagree! We have sent thousands of first timers to southern Tanzania where they have had an excellent safari experience.