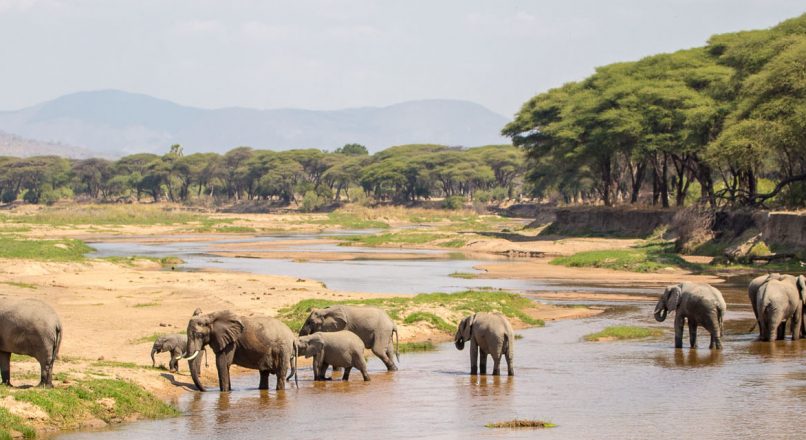 Often overlooked by many safari operators in favour of the northern parks, the southern parks of the Selous and Ruaha are worth serious consideration, particularly for those heading off on their first safari…

Southern Tanzania Safari has some of the vast game reserves and Tanzania National Parks, yet is receives fewer visitors as compared to the northern circuit. This part is visited mainly by returning travelers or people seeking places other than usual. Needless to say, the parks in this region are remote with some smaller parks being even more isolated where it seems like the entire park will be all to yourself.

There are many benefits to heading to the southern parks. The first is that they are still very much the frontier parks and so are noticeably less busy than the northern parks of Tanzania. The Selous Game Reserve (which is approximately double the size of Wales), has only 8 or so camps inside, and with the majority sitting on the banks of the mighty Rufiji River, the game viewing is never a disappointment. Similarly, Ruaha National Park, famed for its large cape buffalo and lion populations, is one of the least visited parks in Africa and only 6 or so camps operate within the boundaries of the park.

The second benefit is that, where the northern safaris are limited to vehicle based safaris, the southern parks offer a more varied, and fuller safari experience, as you are able to walk, boat and drive. The range of species that can be seen here is similar to that of the Serengeti with lions, leopard, elephant, hippo, crocodile, wildebeest, impala aplenty, with the addition of the incredible African wild dog. Whilst particular sightings on safari are never ‘guaranteed’, the variety of game viewing activities definitely gives guests more of a chance to see animals in different habitats!

Discover the best day trips from Mbeya or try one of the best tours in Mbeya and nearby regions. If you’re here as a family, you’ll find plenty of things to do in Mbeya with kids and find suitable accommodation such as Mbeya holiday apartments. Whether you’re looking for the best weekend breaks in Mwanza or planning a longer holiday in Tanzania, you can be sure you’ll find all the information you need. Top 5 National Parks near Mbeya; Top 5 National Parks near Mbeya