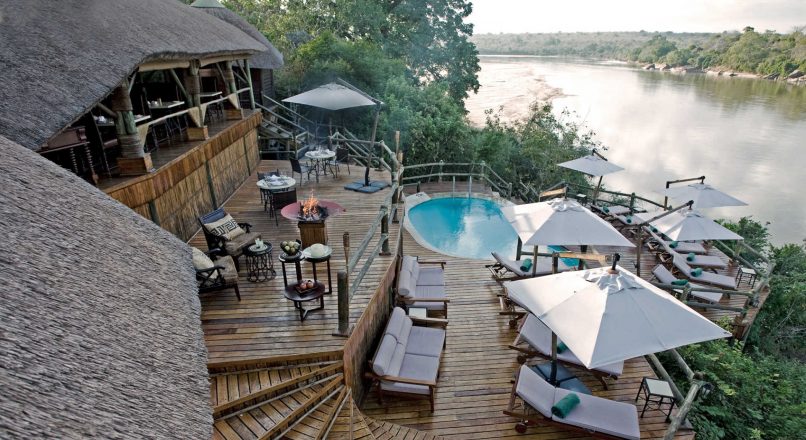 The Selous Game Reserve is the largest protected game reserve on the African continent covering an area of 54,600 square kilometers comprised of a vast wilderness with forests, grassy plains, mountains and open woodlands. This reserve was named after Frederick Selous Courtney who was a great Hunter and explorer.This reserve was established in 1922, and in 1982 it was declared a UNESCO world heritage site thanks to its rich diversity of wildlife and uninterrupted nature. Click below to read more about Ruaha National Park..

Like the Selous, Ruaha is a classic dry season park.  Game gets progressively better towards the end of the dry season as the water holes and rivers dry up and the game concentrates around water.  Like the Selous, travelling to Ruaha out of season will virtually guarantee that you see no other people whilst on safari and there are pockets in the park where the game concentrations are good at any time of the year.  The birding from December through to March is exceptional.

The Selous Game Reserve can be accessed on a road safari however, when traveling from Dar es Salaam, there is a direct route that covers a distance of 240 km / 149 miles following the eastern road. The drive is bumpy and long taking you 6 to 7 hours which is nearly half a day’s drive. In case you are combining the Selous with other game parks on the Southern Safari Circuit like Ruaha National Park and Mikumi NP then you can take an alternative route that takes you through Morogoro town via Kisaki and Mkuyuni and then finally enter the park through the Matembwe Gate

The reserve is located in the southern part of Tanzania along the southern Tanzania safari circuit and offers the best escape from the large tourist crowds in the northern safari destinations like Serengeti while offering you a remarkable wildlife experience. It is considered to be among the hidden gems in the county and offers a wide range of Selous Game Reserve Camps for accommodation. The reserve is located about 219 kilometers from the busy city of Dar es salaam and may take about 4 hours drive.

Accommodation options in the Selous Tend to be located very near to a permanent water source, be that on the banks of the Rufiji River or on the edge of one of the beautiful lakes that are dotted throughout the park. The immediate proximity to the water sources makes activities such as boating safaris and fishing very accessible. Inside the lodges, you will find a variety of camp styles, some being simple safari with a rustic edge. Click below to read more.

Covering 45,000km² of wilderness, with grassy plains, open woodland, mountains and forests, the Selous Game Reserve (pronounced ‘seloo’, and named after the 19th-century British explorer and hunter, Frederick Courtney Selous) is Africa’s largest game reserve. It’s about three times the size of South Africa’s Kruger National Park, and twice the size of the Serengeti National Park. In a fitting tribute, it is also one of Tanzania’s three World Heritage Sites.

At the heart of the Selous Game Reserve, Tanzania’s largest river, the Rufiji, forms a complex network of channels, lakes and swamps that create one of the most outstanding ecological systems in East Africa. This river also splits the reserve into two different sections:

Browse other National Parks near Mbeya

The northern Selous covers only around 5% of the reserve’s total area. No hunting is allowed here; this area is dedicated exclusively to photographic safaris. Virtually all of the small exclusive camps which we offer operate in this area.

The southern Selous, south of the Rufiji, is split up into a number of ‘hunting blocks’ – each of which typically cover about 1,000km². Expert Africadoesn’t offer hunting safaris.