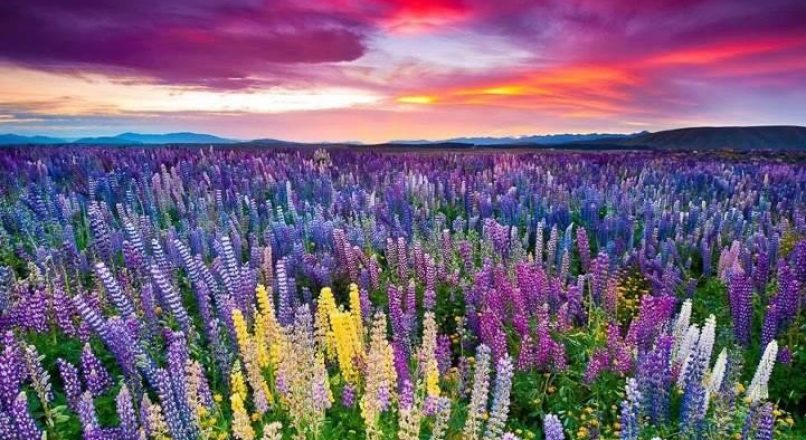 Locals refer to the Kitulo Plateau as Bustani ya Mungu – The Garden of God – whereas botanists have dubbed it the Serengeti of Flowers, host to ‘one of the great Floral spectacles of the world’. Kitulo is indeed a rare Botanical Marvel, home to a full 350 species of vascular plants, including 45 varieties of terrestrial orchids, which erupt into a riotous wildflower display of  breathtaking scale and diversity during the main rainy season of late November to April.

The plateau is accessible by 4×4 from Mbeya. Follow one of the hiking trails along the impossibly beautiful rolling plains or attempt a hill climb in the shadow of the looming peaks of the Kipengere, Poroto, and Livingstone mountains. The best time to visit is during the blooming season between October and April.

Perched at around 2,600 metres (8,500 ft) between the rugged peaks of the Kipengere, Poroto and Livingstone Mountains, the well-watered volcanic soils of Kitulo support the largest and the most important Montane grassland community in Tanzania.

Being one of the most important watersheds for the Great Ruaha River, Kitulo is well known for its floral significance – not only the presence of a multitude of orchids, but also the stunning yellow-orange red-hot poker and a variety of aloes, proteas, geraniums, giant lobelias, lilies and aster daisies, of which more than 30 species are endemic to southern Tanzania.

But Kitulo – a botanist and hiker’s paradise – is also highly alluring to birdwatchers. Tanzania’s only population of the rare Denham’s bustard is inhabited there, alongside a breeding colony of the endangered blue swallow and such range-restricted species as Mountain marsh widow, Njombe cisticola and Kipengere seedeater. In addition to that, endemic species of  Butterfly, Chameleon, Lizard and frog further enhance the biological wealth of God’s Garden.