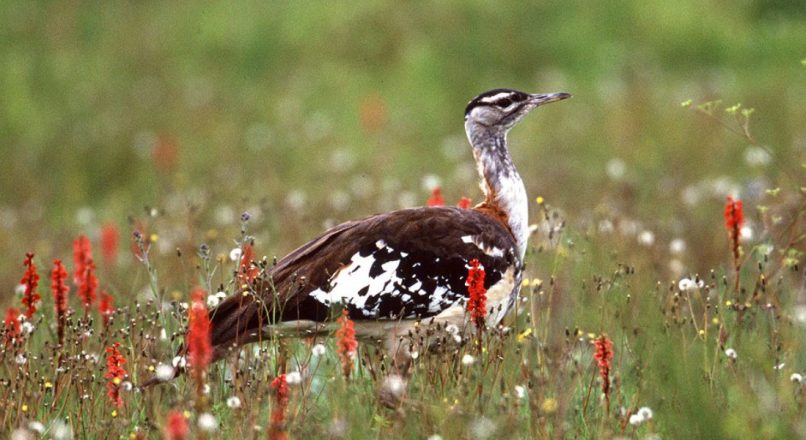 Locals refer to the Kitulo Plateau as Bustani ya Mungu – The Garden of God – whereas botanists have dubbed it the Serengeti of Flowers, host to ‘one of the great floral spectacles of the world’. Kitulo is indeed a rare botanical marvel, home to a full 350 species of vascular plants, including 45 varieties of terrestrial orchids, which erupt into a riotous wildflower display of breathtaking scale and diversity during the main rainy season of late November to April.

The park’s scenery is as comparable to the Biblical Garden of Eden, as most visitors there say.  Added to its natural attractions and uniqueness, Kitulo Plateau is the natural resting site for intercontinental migrating birds during periods of the year on their way to Europe. It is only in this park where migrating Storks rest while flying from Cape Town in South Africa to Northern Europe. Click below to read more about Kitulo National Park attractions.

There is no accommodation in the park as yet, but very basic accommodation and meals are available at the adjacent Kitulo farm. Also two moderately priced church-run hostels are situated on Matema Beach. Mbeya town is serviced by everything from luxury hotels to simple guest house, while two simple guesthouses also exist in Matamba. Click below to read more about accomodation.

The plateau is also home to some important bird species, again many endemic to Tanzania, including the endangered blue swallow, Denham’s bustard, mountain marsh widow, Njombe cisticola, and Kipengere seedeater. Some of the world’s rarest butterflies also inhabit the area, along with chameleon, lizard, frogs and a few hardy reedbuck and eland. Click below to read more about birds of Kitulo National Park.

One of the most valuable watersheds for the Great Ruaha River, Kitulo is also the first national park in tropical Africa to be visited  largely for its floral significance – not only a multitude of orchids, but also the stunning yellow-orange red-hot poker and a variety of aloes, proteas, geraniums, giant lobelias, lilies and aster daisies, of which more than 30 species are endemic to southern Tanzania and 26 to the Kitulo region.

Kitulo National Park is a protected area of montane grassland on the Kitulo Plateau in the southern highlands of Tanzania. The park is at an elevation of 2,600 metres (8,500 ft) between the peaks of the Kipengere and Poroto mountains and covers an area of 412.9 square kilometres (159.4 sq mi) lying in Mbeya Region and Njombe Region. The park is administered by Tanzania National Parks (TANAPA) and is the first national park in tropical Africa to be established primarily to protect its flora.

Browse others National Parks near Mbeya

Protection of the Kitulo Plateau’s unique flora was first proposed by the Wildlife Conservation Society (WCS), in response to the growing international trade in orchid tubers and increased hunting and logging activities in the surrounding forests. In 2002, President Benjamin Mkapa announced the establishment of the park. The park was formally gazetted in 2005, becoming Tanzania’s fourteenth national park. TANAPA has stated that the park could be expanded in the future to include the neighbouring Mount Rungwe forest.