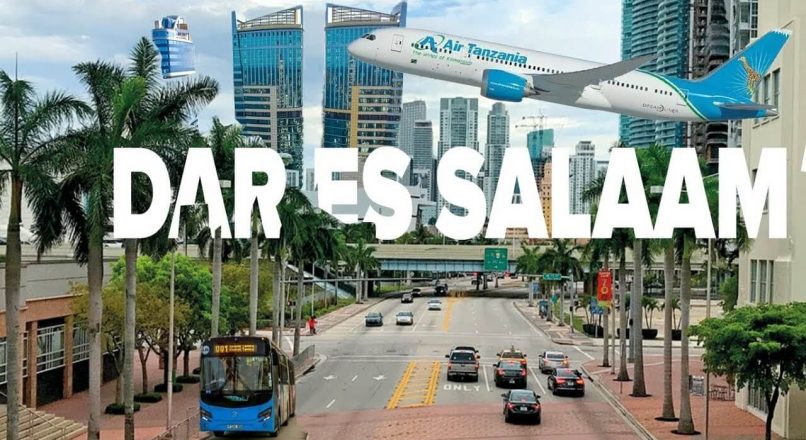 Getting to Dar from other Cities

There are a number of major airlines that fly into Tanzania from abroad  as well as other regions of Tanzania and three main airports you may want to look at when arranging your flights:

Air travel within Tanzania is pretty easy and frequent and both local and international airlines fly between the major cities and towns. There are also a number of smaller airports and airstrips throughout the country for domestic flights.

That includes a few airstrips within the national parks (and some private ones owned by the more high-end lodges) so you can easily get to your chosen safari destination. Airlines such a Coastal Aviation, Auric Air, Flight Link and Air Excel fly from Arusha Airport to the Seronera Airstrip (within the Serengeti) frequently. They are generally not cheap though.

Domestic and charter flights between parks are usually booked by tour operators as part of the tour package. Domestic flights can be booked with several domestic carriers.

Train travel isn’t the easiest or most reliable form of travel in Tanzania, but it is a fun adventure and there are two major train lines you can take.

There’s the Tazara train line that connects Dar es Salaam and Kapiri Mposhi in Zambia. The trip usually takes around two days, although delays are common .

There’s also the Central line which links Dar es Salaam with Kigoma on Lake Tanganika and Mwanza on Lake Victoria. However, currently the track is out of action near to Dar, so if you want to take the train, you’ll need to head to Dodoma or Tabora (via other means) and take the train from there.

If you have your own transport or feel confident enough to hire a car, then driving in Tanzania is also an option.You can hire cars from a number of different rental companies, as long as you are over 23 and have an international or English language driver’s licence.

But before you do decide to go it alone, you’ll need to ensure that your car is in good working order, you have all the required paperwork, follow the regulations and stick to the speed limit. The Tanzanian police just love to hand out fines.

The main roads between Moshi, Arusha and Dar es Salaam are greatly improved these days and mostly tarmacked but there are still lots of roads that are not and pot holes are common. If you are planning on driving off the main roads, in rural areas or in the national parks I would advise on getting a 4×4.

To be honest, even if you have your own transport, I think it’s better to take a guided safari into the national parks as you’ll have a better experience with a good guide or at least, go on game drives with a guide, even if you drive to the lodge yourself.

Driving in the cities can be a little chaotic and there are some crazy drivers out there, so keep your wits about you and use your horn to alert other drivers of your presence (be assured they will alert you of theirs – in the UK we only really use our horns to show our anger at people for bad driving, in Tanzania it’s more like ‘I’m here and I’m just letting you know I’m cutting in – whether you like it or not’).

I’d also try to avoid driving at night if you can, especially outside of the cities as there are often people and/or animals (both domestic and wild) on the road and very little street lighting, so collisions are common.